Reckless Driving Can Have Serious Consequences 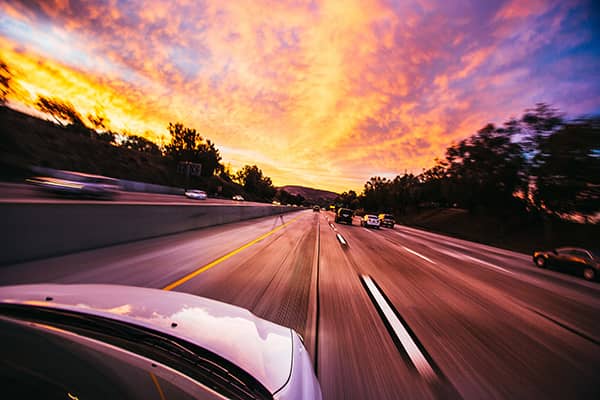 The typical traffic ticket in South Carolina is usually punishable only by fines and points on your driver’s license, but reckless driving is a criminal offense that is a misdemeanor that could result in not only fines and points but also possible jail time. Any person who gets a ticket for reckless driving in South Carolina will want to seek the help of a York County traffic offense attorney.

Second or subsequent reckless driving offenses can carry even greater penalties, including possible driver’s license suspensions. The crime as defined under South Carolina Code § 56-5-2920 is somewhat subjective, so you should know that a lawyer may be able to argue that your driving did not constitute the willful or wanton disregard inherent to an offense and may be able to get your ticket completely thrown out.

Under South Carolina Code § 56-5-2920, any person who drives a motor vehicle in a manner indicating a willful or wanton disregard for the safety of persons or property commits reckless driving. If a person’s reckless driving causes the death of another individual, they can face reckless homicide charges.

The South Carolina Department of Motor Vehicles (SCDMV) will suspend the driver’s license of an alleged offender for a period of three months following a conviction for any second or subsequent offense. Only the offenses that occur within five years, including and immediately preceding the date of the last offense, constitute prior offenses.

Some of the types of behavior that could result in reckless driving charges (many of which are separate traffic crimes with their own penalties) include:

The SCDMV states that breaking traffic laws earns people points against their South Carolina driver’s license. Points can even be assigned on traffic offenses committed in other states.

When a person has a beginner’s permit, provisional, or special restricted driver’s license and they accumulate six or more points, their driving privileges will be suspended for six months. If a driver earns a suspension for excessive points, completing the National Safety Defensive Driver Course or its equivalent does not reinstate the suspension.

When a person has points, they can have them reduced if they complete the National Safety Council’s 8-Hour Defensive Driving Course or an equivalent. Certain defensive driving courses are offered at SCDMV-certified driving schools that offer a four-point reduction.

Reckless driving is one of the traffic offenses that triggers a six-point penalty, along with passing a stopped school bus, hit and run (property damage only), and speeding 25 mph or more above the posted speed limit. Four-point violations include disobedience of any official traffic control device, disobedience to an officer directing traffic, driving on the wrong side of the road, failing to yield the right of way, unlawfully passing, turning unlawfully, driving through or within a safety zone, turning or suddenly decreased speed, failing to signal or giving improper signal for stopping, operating with improper brakes, following too closely, speeding over 10 mph but less than 25 mph over a posted speed limit, and two-point violations include operating with improper lights, shifting lanes without safety precaution, improper dangerous parking, failing to dim lights, driving in improper lane, operating a vehicle in an unsafe condition, improper backing, and speeding offenses of no more than 10 mph above a posted speed limit.

A conviction for reckless driving is punishable by a fine of up to $200 and/or up to 30 days in jail. Any subsequent offense involves the same penalties as well as a three-month driver’s license suspension.

Reckless homicide charges are punishable by a fine of up to $5,000 and/or up to 10 years in a South Carolina state prison. Driving privileges can also be revoked for up to five years.

Many people want to just forget about traffic tickets, but the SCDMV is not so forgetful. In addition to fines and points, one of the most obvious consequences of traffic tickets can  be increased car insurance premiums because most insurance companies obtain information about traffic offenses and hold them against drivers.

The loss of your license can lead to you needing to rely more on public transportation or rides from friends and family. For many people, this can make it difficult to maintain employment.

You should know that it is not uncommon for police officers to not fully understand the laws they think they are enforcing. The result can be police officers issuing tickets for problems that never existed or even initiating unjustified traffic stops.

You should carefully examine the law you are accused of violating, especially reckless driving which is again extremely subjective. An experienced attorney is going to know how to go into court and argue that you did not violate the reckless driving statute.

When a lawyer fights your traffic ticket in court, they may able to argue for a reduction in any criminal charges or get the case completely dismissed. If your driving privileges are at risk, a lawyer may be able to negotiate a plea agreement under which you can continue to drive lawfully.

If you recently received a ticket for reckless driving in South Carolina, do not think pleading guilty is your only option. At Okoye law, we are committed to defending the rights of the accused and bringing every case to the most favorable resolution possible. Call (803) 909-9457 or contact us online to set up a free consultation with a criminal defense attorney in South Carolina. We work with clients in York, Lancaster, and the surrounding counties.